Cloud is Green, No Really It Is… 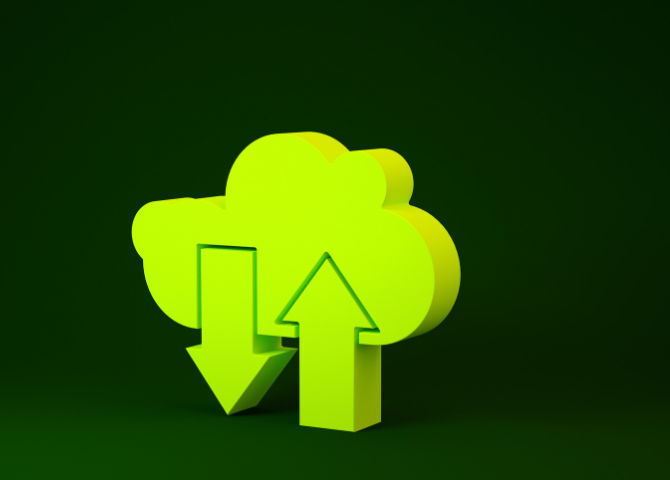 I was visiting my family in India a couple weeks ago and was on a conference call with a client, while my mother was in the kitchen preparing my favorite meal. As I finished the call, my mother said, “the monsoon is not expected for another couple of weeks and I don’t see a cloud in the sky. Why do you keep talking about the cloud?” I couldn’t stop smiling while I thought of a way to explain the “cloud” to my 74 year old mother. I said “Mom, it’s like carpooling but for computers.” Her comment to my simple explanation was, “Oh, so you share computers with other people? That should be really good for the environment.”

My mother’s casual response about the environment to my spontaneous explanation got me thinking. Is Cloud really green?

With the explosion of technology and the need to have access to information at our fingertips at all times, have we been driven to a point where we are being irresponsible with the amount of infrastructure and resources needed for such an endeavor? The energy consumption to maintain millions of servers around the world is staggering. A recent report by Schneider Electric states that energy consumption is a significant portion of Total Cost of Ownership (TCO) for a server. As much as 20% of the TCO of a server is energy consumption. That is a substantial number. And that particular number comes from state-of-the-art datacenters that work hard to conserve energy. What about all the servers that are on premise at small datacenters that may or may not be trying to conserve energy? With fast moving innovation in the field of technology, where an idea turns into a computer application overnight, the demand will only continue to grow – and at a faster rate.

The Hardware: This being the reality of our times, what can be done to reduce or even slow down the expansion of the carbon footprint that these innovations are producing? The solution I suggest may not solve the entire problem, but can be considered as a starting point. And to a certain extent, this resolution has already begun. Imagine a significant number of companies create and execute a cloud strategy while also retire some on premise hardware. This would affect the impact of the environment and be a positive step towards going green. It’s like getting on public transportation with others and making the best use of the computing power that’s offered by the cloud provider. Of course, we’re all on the same transportation vehicle, but have a secured, separate compartment with specific individual access. Data security in the cloud is comparable if not superior to the on premise options.

Whether we like the idea of sharing resources on cloud or not, the reality is that businesses are at a point where a decision should be made. Carry the technological debt forward by continuing to focus on core competency and business as usual – thus, ending up with highly customized on premise systems and a large technological debt (interesting note: does the cost of change become higher with time?) Or move to cloud based systems with sharing capabilities, while retiring outdated hardware – thus, incurring less debt and making a positive impact to the environment.

My sincere hope is that businesses will begin to look at IT through a fresh lens and see the benefit of moving enterprise systems to a cloud offering, where resources like energy, space, application and computing power can be shared. This is a decision that should be made strategically and at the right time. However, the driving factor is not only accessing the latest technology, but also making environmentally conscious decisions while growing. I would like to see companies join the Green revolution by opting to go cloud.